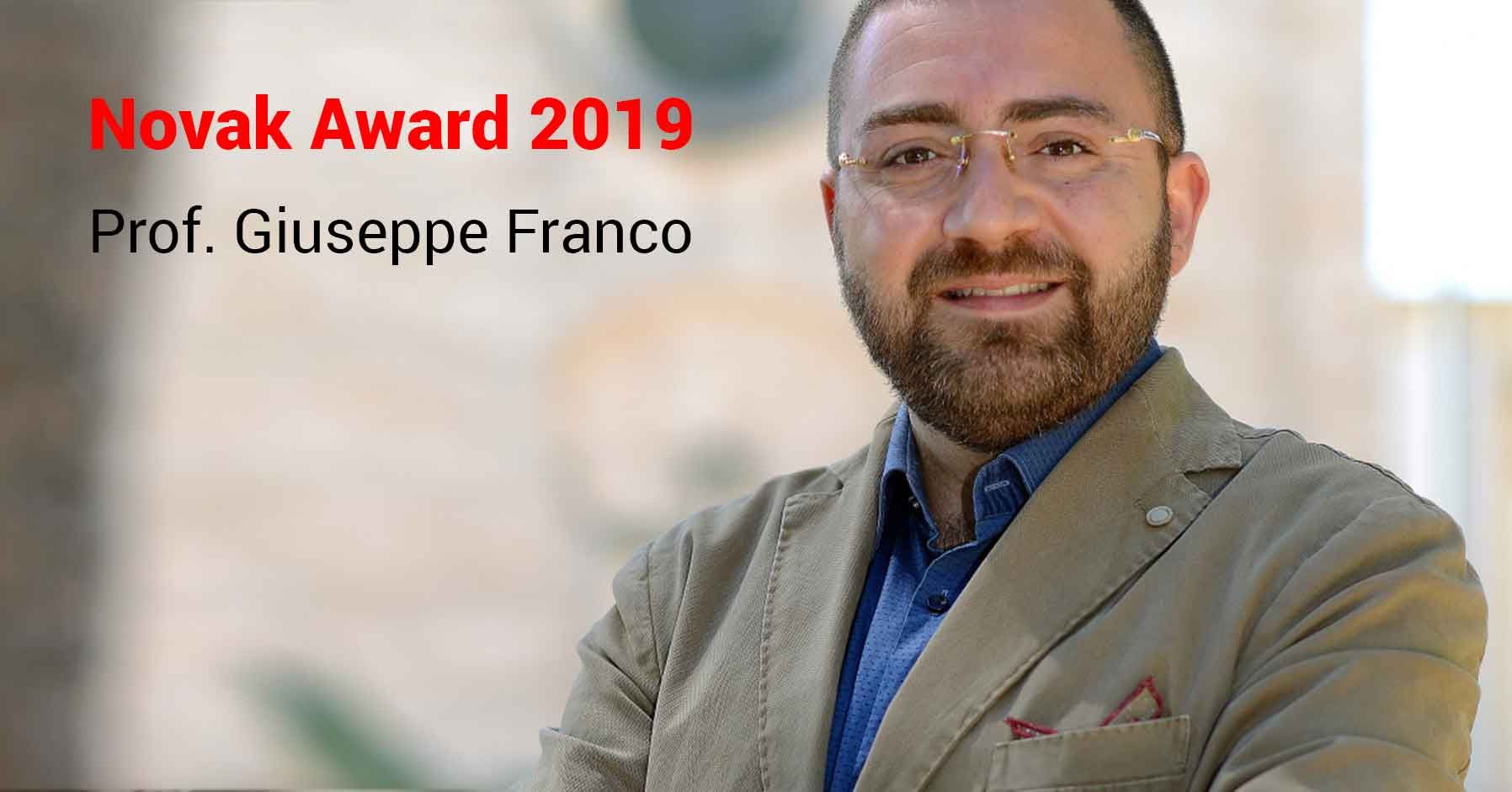 GRAND RAPIDS, Mich., May 20, 2019—In recognition of Professor Giuseppe Franco’s outstanding research in the fields of philosophy, theology and economics, the Acton Institute will be awarding him the 2019 Novak Award.

Named after distinguished American theologian Michael Novak, this $15,000 award rewards new outstanding scholarly research concerning the relationship between religion, economic freedom, and the free and virtuous society. This award recognizes those scholars early in their academic career who demonstrate outstanding intellectual merit in advancing the understanding of theology’s connection to human dignity, the importance of the rule of law, limited government, religious liberty and freedom in economic life.

Professor Giuseppe Franco, originally from Copertino, Italy, is a lecturer in theology and philosophy at the Catholic University of Eichstätt-Ingolstadt in Germany, where he is currently a postdoctoral “Feodor Lynen” research fellow of the Alexander von Humboldt Foundation. He received his doctorate in philosophy from the University of Salento in Lecce, Italy. He later earned a doctorate in theology from the Pontifical Lateran University in Rome and his university lecturer qualification in theology in Eichstätt.

Previously, Professor Franco served as an assistant professor to the chair of economic and business ethics and the chair of dogmatic theology at the Catholic University of Eichstätt-Ingolstadt. His research papers were awarded the Alfons-Fleischmann-Prize and the Max Weber Award for Economics and Ethics by the Cologne Institute for Economic Research in Germany. Professor Franco’s current research topics focus on Tracing the Trajectories of Economic Traditions in Europe and on the Legacy of Franciscan Economic Thought and its Relevance for Tackling Today’s Challenges of Globalization.

The Novak Award forms part of a range of academic grants and awards available from the Acton Institute that support those engaged in serious reflection and research on the relationship between theology, the free market, limited government and the rule of law. Details of these academic scholarships may be found at https://acton.org/grants-awards.